A Majority of Gay Couples Have ‘Arrangements’ For Outside Sex 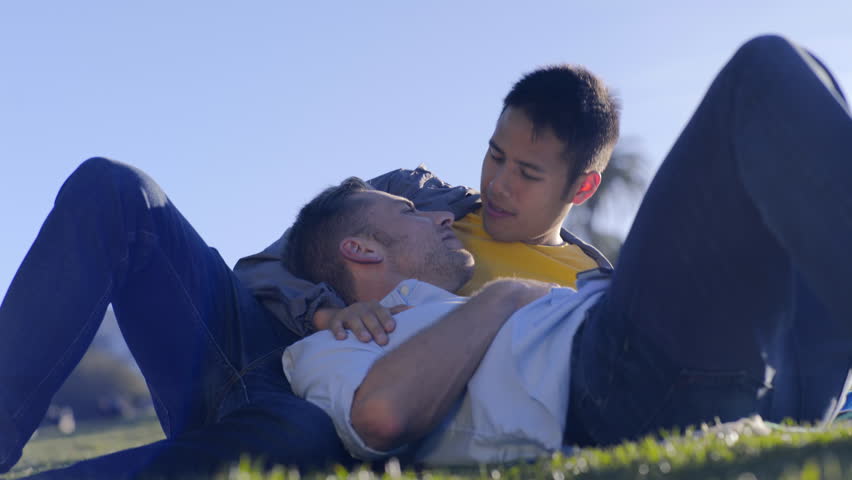 A Majority of Gay Couples Have ‘Arrangements’ For Outside Sex

January 4, 2019March 27, 2019
by Ray Hodgkinson
in News
Comment on A Majority of Gay Couples Have ‘Arrangements’ For Outside Sex

A good chunk of gay couples have open relationships, but in order to lower HIV transmission rates, a new study finds, they may need to make sure the ground rules are clear.

When Bob* and John, his partner of 13 years, returned home from a West Hollywood nightclub with a friend who had accidentally locked himself out of his car, what started out as a favor turned into an unforgettable and life-changing experience. Since it was late and alcohol had been involved, the couple offered him their couch for the night. Somewhere along the line, it turned into an offer to share their bed.

For the first time in their long-term relationship, the couple’s sex life included another party, an experience that left both with mixed emotions. They talked about the encounter and ultimately agreed they had both enjoyed it. They wanted an open relationship.

“We sat down and talked about the experience and how it made both of us feel,” Bob wrote in an anonymous first-person account submitted to Impulse Group, an international organization that promotes healthy sex lives among gay men. “The two big hurdles we had to discuss and get over were the jealousy and anger. We had to set some ground rules, and most of all be confident in our love for each other.” 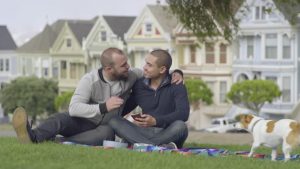 Though many gay couples are monogamous, and Bob and John asked to remain unidentified because of the stigma of open relationships, their experience is not unheard of. According to a study by the University of Michigan, a slight majority of gay couples—57 percent—have “ground rules” like theirs that lay out the guidelines for sexual behavior with others, including provisions for acceptable sex acts, honesty about encounters, and when they need to use protection like condoms. But, the study finds, too often agreements about how to handle sex outside of a relationship go loosely defined or develop without a real conversation to settle the terms, which may then fuel the spread of HIV.

The findings, published last year in The Journal of Sex Research, came after researchers polled 361 couples and discovered that 207 had such a sexual agreement. However, the rules weren’t always clearly communicated between partners, many of whom reported discrepancies in what they believed they could or couldn’t do. The couples had all responded to ads about the survey on Facebook.

“Among these couples, 58 percent said that they explicitly discussed the agreement, 84 percent concurred about having the same type of agreement, and 54 percent of the couples had both men adhering to it,” the study noted. The researchers concluded that if little over half actually followed their own agreed-upon rules, that meant there was a lack of communication about acceptable behaviors.

Although gay men represent a small minority of the U.S. population, the gay community—and men in relationships, in particular—has one of the fastest growing rates of HIV infection. Jason Mitchell, the author of the study and an assistant professor at the University of Michigan School of Nursing, says that improving communication within open relationships is key to lowering the high rate of transmission.

“From a public health perspective, we need to encourage gay couples to have more honesty and explicit discussions when establishing and honoring sexual agreements,” Mitchell said in a statement about the study. “Sexual agreements are not only advantageous from a prevention standpoint for couples, but the agreement can also help strengthen their relationship.”

The study contains a statistic that backs up this recommendation: Among couples in which both partners were clear about the rules of their sexual agreement, 80 percent honored it.

Moreover, a separate 2012 study conducted by San Francisco State University, titled “You and Me,” found that the rules of sexual conduct and adherence to these agreements tend to differ by race. The researchers found that most white couples, regardless of HIV status, did not use condoms within the relationship. Black men with black partners, on the other hand, were far likelier to use condoms due to “unspoken agreements” regarding the high HIV transmission rates among gay African-Americans. And if there was a break in this agreement, black couples were likelier to talk about the situation and undergo HIV testing together.

“We found that black and white gay men process the information they receive about HIV in different ways, and for black men using condoms is the default choice,” researcher Chad Campbell said in releasing the study. “The black gay men we surveyed were aware of the high rates of HIV among their demographic and were taking steps to ensure they don’t become another statistic.”

Both studies underscore the importance of gay men being honest with their significant other about whom they have sex with and whether they use protection. And if one partner breaks the rules, he needs to be able to speak openly about what happened, experts stress, or else he risks infecting his loved one with HIV or another STD.

“Relationships are made up of people, and like people, they vary in their ideals,” says Shane Fedderman, the director of marketing at Impulse Group. “Gay men could be a bit more comfortable with alternative relationship types because we’re well-versed in alternative lifestyles already. For me, being in an open relationship seems like a great alternative to hiding desires and fantasies about men outside of one’s relationship. I feel like that is more unnatural than just being honest and sharing each other’s fantasies with the freedom to fulfill them too. If that changes, you at least feel the ability to discuss that openly…. Communication is the key to any great relationship, and if you create a situation that enables the freedom to communicate, I believe that is the basis of something truly rewarding.”

While embarking on an open relationship for the first time, Bob and John came to the same conclusion. In their set of rules, there was one that “both knew was nonnegotiable”—no sex without using a condom.

But as happens with a lot of couples, gay and straight, one partner slipped up and had a sexual encounter with a mutual friend without a condom. Afterward, Bob and John both tested positive for HIV.

“I already knew what the results were going to be,” Bob recalled thinking after his partner broke the news of being positive. “We’d had unprotected sex with each other for years, so when I walked into the Andrew Escajeda Clinic in Pasadena, I knew my life was going to be changed forever.”

Ultimately, the admission of the secret enabled the couple to rethink what Bob calls their “rules of engagement” and remain together in an open relationship. Now they consider knowing their positive status an opportunity to formulate long-term goals together and find new appreciation for living. “I feel like my life has now become a mission,” he said, “of knowledge, growth, love, and education.”