10 Great Gay Hotspots Around The World 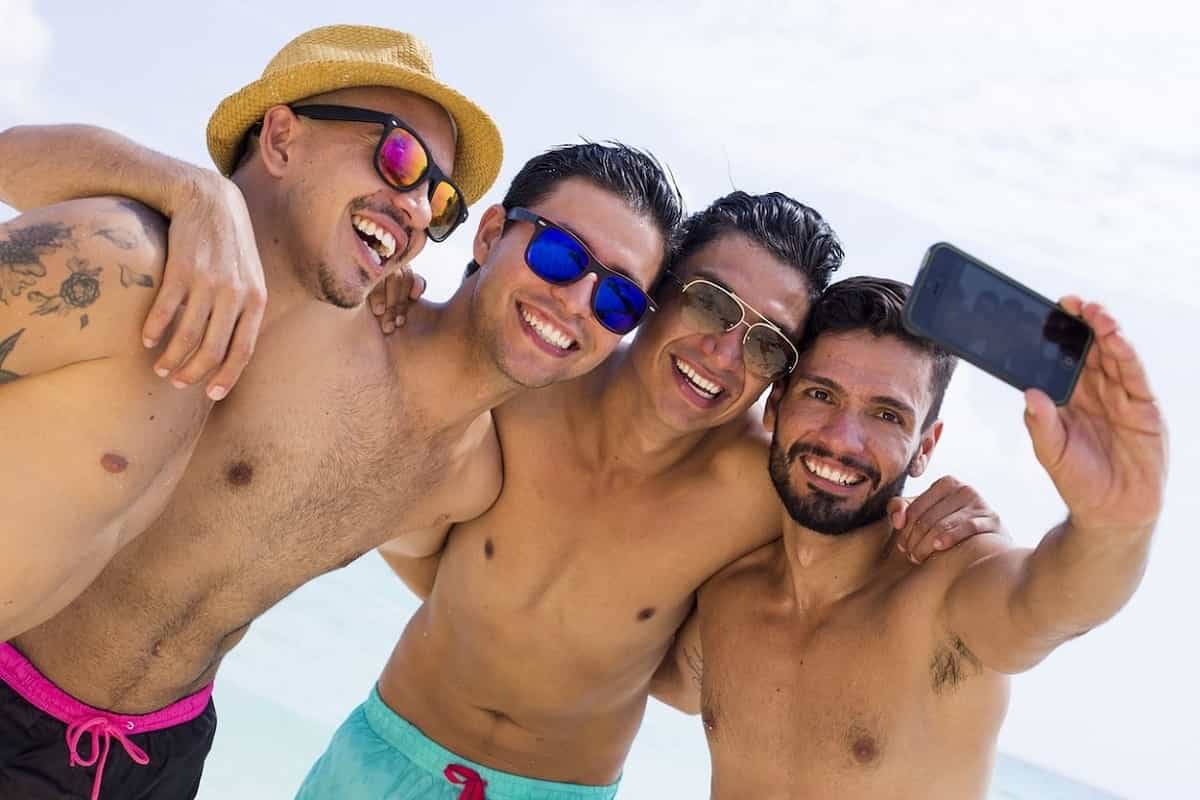 10 Great Gay Hotspots Around The World

The great thing about travel today is that more of the world is accessible and open — no matter your sexuality or gender identity. While there have been ups and downs in the political movement for LGBT equality, major cities still provide the safest and friendliest spots for LGBT individuals.

I’ve been traveling around the world since 2009 and have visited some of the world’s most popular LGBT-friendly destinations along the way. I’ve marched and danced in Gay Pride parades from Sydney to Stockholm and been to more queer music festivals than I ever even imagined existed.

As the Orlando Pulse shooting reminded us, the gay club is still an important place to find culture and community. And there are still cities that really strut their LGBT history and queer identity, so we need to hang on to them.

There are many more gay-friendly hotspots around the world, but these are 10 of my favorites because of their history of activism, the number of diverse LGBT events they host, and the fact that they’re just really cool cities. If you are a gay traveler looking for a city that has it all, check out one of these: 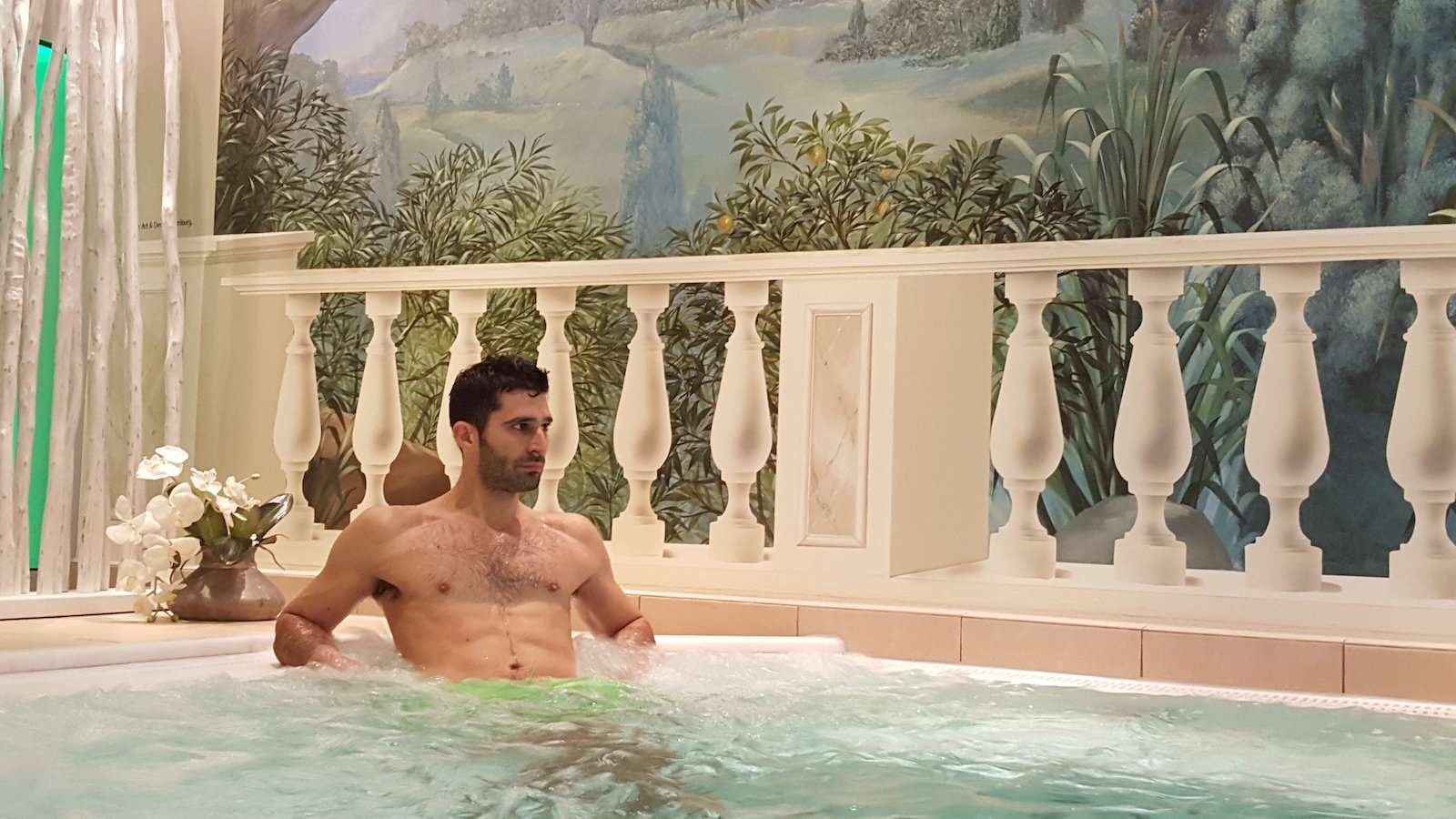 Germany’s capital has a unique place in gay history. In the 1920s Weimar era, it was one of Europe’s most liberal cities — home to gaudy cabaret and the site of one of the first gay villages. Today, Berlin’s free-spirited attitude has propelled it to the top of many “best of” lists thanks to 24-hour nightlife, a burgeoning art and food scene, and a diverse, international population.

Historically, the gay center of Berlin was around Nollendorfplatz in Schöneberg, an area still popular for its fetish clubs and leather bars, not to mention the legendary Folsom Europe street party each September (and where you’ll also find a gay history museum). But in today’s Berlin, the new gay hotspots are found throughout the Kreuzberg and Neukölln neighborhoods in indie bars and clubs such as SchwuZ, SilverFuture, or The Club. Berlin’s legendary nightlife shines through queer parties that are increasingly not just for LGBT people — everything from the techno-fueled weekends at Berghain to KitKat Club’s bi-monthly Gegen party.

When to visit: Visit Berlin during the summer, when the city comes alive with countless festivals, open-air parties, and queer events. The annual Christopher Street Day parade (Gay Pride) is celebrated by hundreds of thousands of locals and tourists each June.

While London still holds an important place in the UK’s LGBT scene, Manchester plays host to a number of the biggest and best LGBT events in the country. Once the home to iconic gay hero Alan Turing, Manchester became internationally famous from the 1990s Queer as Folk TV series set in and around the city’s gay neighborhood, Canal Street.

Today, Canal Street is still filled with bars, clubs, and other gay-owned businesses — from the pretty and glitzy Richmond Tea Rooms to popular nightclubs like G-A-Y and Poptastic. Manchester’s Northern Quarter, with its trendy bars, underground rock clubs, and small indie art galleries, has also become a gay hotspot a little further removed from the twinky, tank top–filled Canal Street.

When to visit: Manchester Pride is the UK’s largest, taking place each September, but other queer events happen year-round, such as the trans-focused Sparkle Festival in July and the Queer Contact arts festival each winter.

Maybe it’s not the first LGBT-friendly place you think of in the United States, but Dallas, Texas, has become a hotspot in the past decade. The Oak Lawn neighborhood is the epicenter of LGBT culture there, with many gay bars and LGBT-owned businesses on Cedar Springs Road, as well as in the nearby Bishop Arts District. Legendary nightlife venues like Station 4 and the Round-Up Saloon attract big crowds each weekend with their drag shows, square dancing, and other special events. And for those looking for slightly more offbeat travel adventures, the nearby Wildcatter Ranch is a gay-friendly cowboy resort.

When to visit: Dallas Pride takes place each September, but the Oak Lawn neighborhood also comes alive, full of color and costumes, each Halloween for the annual Oak Lawn Halloween Block Party. 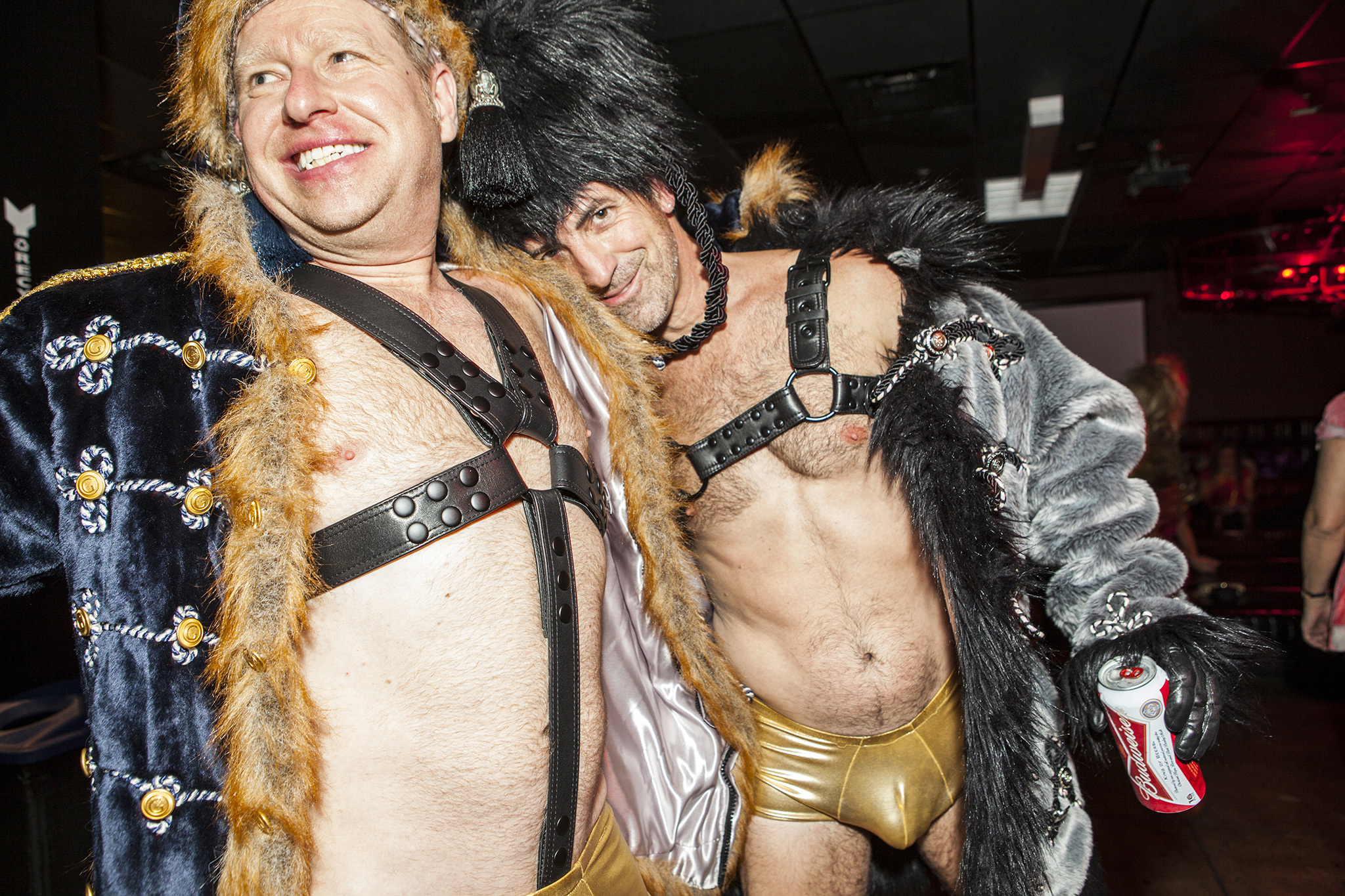 With its seemingly endless warm weather, sunshine, and meticulously manicured population, Los Angeles has been one of the United States’ most gay-friendly cities for a long time. So much so that since 1969 there’s been an LGBT center in the city that now boasts it serves more LGBT individuals than any other organization in the world. You’ll also find the ONE Archives Foundation, tasked with recording LGBT history by preserving historical artifacts, publications, and testimonies. Culturally, Los Angeles is famous for being the global cinematic capital, but it also has world-class restaurants and museums, such as LACMA and the Getty Museum.

Then there’s the nightlife, including West Hollywood’s gay clubs and bars, such as crowd favorites The Abbey and Flaming Saddles. Outside of the “gay ghetto” of WeHo, Silver Lake is a popular gay hotspot. There, you’ll find The Black Cat, site of the first documented LGBT civil rights demonstration in the US and now a popular brunch hangout. For nightlife in Silver Lake, Akbar draws the bearded hipster crowd with its small dance parties.

When to visit: The LA Pride Music Festival and Parade takes place each June in West Hollywood, with hundreds of thousands of spectators, but if summertime is too hot, the biggest gay party of the year is the free Halloween Carnival, a street party on Santa Monica Boulevard.

Argentina was the first South American country to legalize same-sex marriage and adoption rights, putting the country at the forefront of LGBT equality since 2010. The capital Buenos Aires has benefited, with a large and vibrant LGBT culture.

The areas of Recoleta, Palermo, and San Telmo are where you’ll find the largest concentration of gay bars and nightlife. Palermo, with trendy bars, cafés, shops, and restaurants in its Soho district, offers a lot of cool things to see and do — from the Latin pop and drag at Jolie Club (Fiesta Jolie) every Wednesday to the gay-friendly underground speakeasies (such as the new Victoria Brown Bar).

The gay community in Buenos Aires is relatively out and open, but the culture is more subdued than other over-the-top gay destinations. But still, you’ll find LGBT life fairly well integrated in society, with many tango bars and clubs even offering queer tango lessons and dance nights.

When to visit: Buenos Aires Pride takes place in November, at the beginning of the southern hemisphere’s summer season.

A longtime favorite for LGBT tourists, Bangkok has a lot to offer, making it one of Asia’s most popular gay destinations. The fun and friendly gay scene is centered around the Silom neighborhood, specifically the streets known as Soi 2 and Soi 4. Bangkok’s best gay nightlife is at DJ Station every weekend, specifically the midnight drag shows each Friday. Telephone Pub on Soi 4 serves as an early evening hangout with drag shows and pub food, while G.O.D. (Guys on Display) draws the after-hour crowds when all the other gay bars close down for the night.

While Thailand hasn’t recognized many LGBT rights, many tourists will find the city surprisingly open-minded. And while you’ll find some seedy sex clubs throughout the city, Bangkok’s legendary shopping and culinary scenes make it equally interesting for travelers with more discerning tastes. Also: look out for gay events at Bangkok’s luxury hotels such as the Sofitel So, which runs regular gay parties on its rooftop bar and pool lounge.

When to visit: One of the biggest and best events in Bangkok is the annual Songkran water festival in April, with the largest circuit party, called gCircuit, takes place in Silom — with all the trappings of every other international circuit party (think: hunky shirtless guys and lots of electronic music raging day and night). 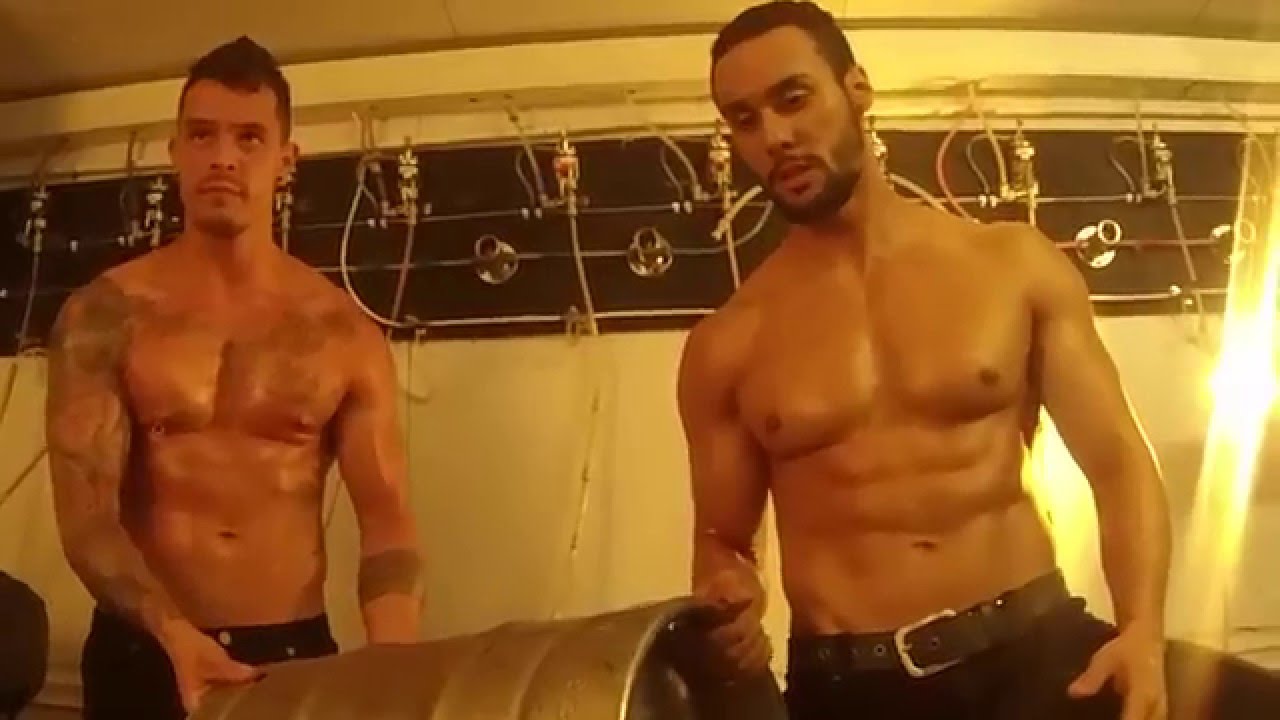 When Ireland passed same-sex marriage laws in mid-2015, the country became the first in the world to offer equal rights by popular vote. At the head of Dublin’s LGBT scene sits local icon and activist Panti Bliss, who has been at the forefront of Ireland’s LGBT movement and owns the popular club Panti Bar. Gay pub The George also plays host to Dublin’s best LGBT events, with regular drag and karaoke nights.

When to visit: Paying homage to Dublin’s important place in literary history, the city plays host to the annual International Gay Theatre Festival each May. The festival began in 2004 to mark the 150th anniversary of Oscar Wilde’s birth and has since become the world’s largest queer theatre festival. Wilde, one of Dublin’s most important literary figures, has a statue commemorating his life in Merrion Square Park (near his birthplace). The park is also where Dublin Pride takes place each June.

Famous for cold winters, sunny summers, and trendsetting Swedes all year long, Stockholm has a strange mix of art, fashion, culture, and design — and one of Scandinavia’s best LGBT scenes. Sweden is also one of the most progressive countries in the world when it comes to LGBT and women’s rights.

The LGBT scene is spread throughout the city. From the underground indie club King Kong to the kitschy ABBA Museum, there’s something for everyone in the city. During the summer months, the Mälarpaviljongen restaurant (located on a set of floating docks) hosts a number of LGBT events, fundraisers, and parties.

When to visit: Stockholm Pride each August is the biggest gay event of the year, with big music acts, parties, and public seminars on everything from fetish training to human rights.

Home to Canada’s largest LGBT community, Toronto has a vibrant and lively gay village. The intersecting streets of Church and Wellesley feature a number of gay-owned bars and businesses. The area comes alive each night with locals and visitors, most famously at Woody’s, one of the best clubs on Church Street.

But Toronto’s gay-friendliness extends elsewhere in the city, such as the West Queen West and Trinity Bellwoods neighborhoods. Take a walk down Ossington Avenue, College Street, or Queen Street West (bordering these neighborhoods) for a number of cool, queer-friendly businesses, from Toronto’s best macaroons at Nadege Patisserie to the monthly Yes Yes Y’all queer hip-hop and dancehall party.

When to visit: Too cold in the winter, Toronto is best in the summer when it’s sunny and full of color. Pride Toronto — one of the world’s largest Pride celebrations — attracts hundreds of thousands of visitors. Other popular events include the Inside Out LGBT film festival which takes place over two weeks at the beginning of each summer, showcasing more than 200 queer-themed films alongside artist talks, premieres, and industry panels. 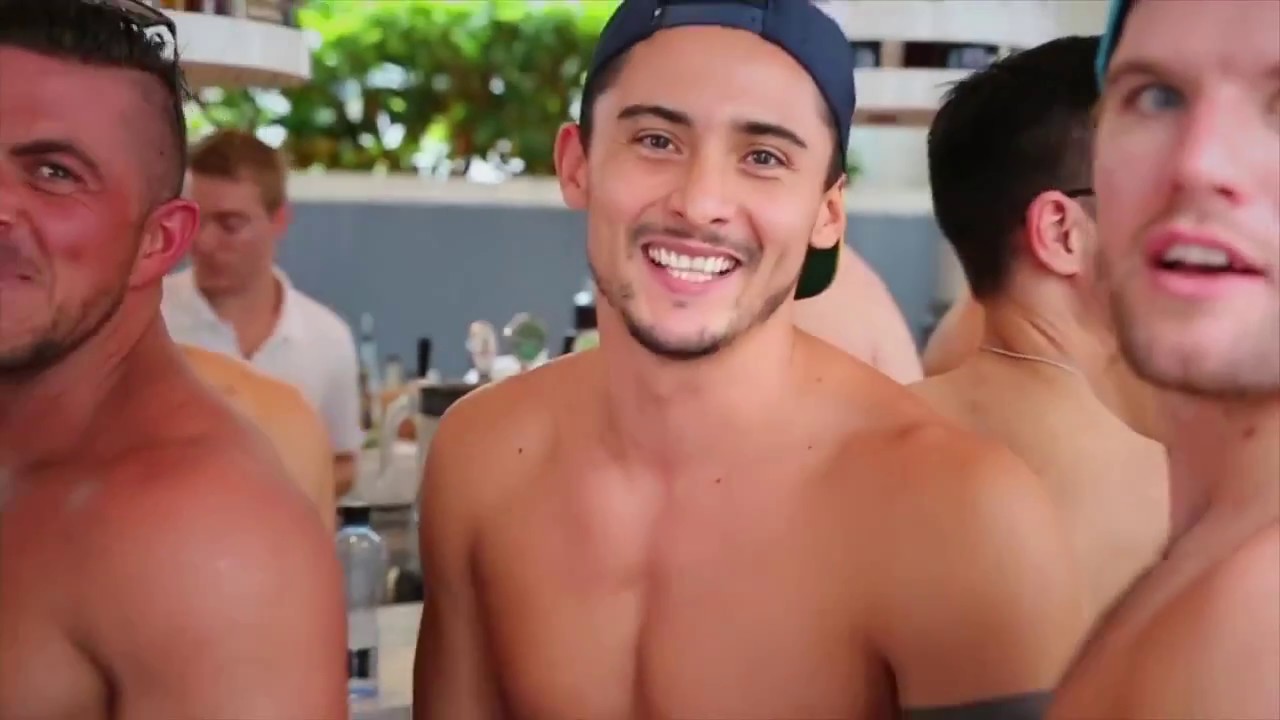 While Australia is currently arguing over same-sex marriage equality, Sydney remains a beacon of gay-friendliness on the continent. With Sydney’s progressive attitudes, beautiful beaches, and an active arts scene, the city is as vibrant as ever.

The Darlinghurst neighborhood, just south of Hyde Park on Oxford Street, serves as the unofficial gay neighborhood. Palms on Oxford, with its pop hits, hosts some of the biggest parties each weekend and is a longtime favorite for locals and tourists. But the areas of Surrey Hills and Newtown further out from the city center, with their cool cafés, trendy bars, and small, indie basement clubs (like the Tokyo Sing-Song bar) are also accessible and mostly gay-friendly areas.

When to visit: Sydney’s annual Pride takes shape in the form of Mardi Gras (February/March). It’s one of the world’s largest Pride parades and features weeks of events and parties. It’s a colorful event, with crowds that fill the streets and parks of Sydney all day and night.

Here’s the thing: just about any city in the world can be a “gay hotspot” — it’s always a matter of knowing where is safe and how to meet locals. Planning your visit around LGBT events — from film festivals and Pride parades to political activist seminars — is a pretty solid way to make any holiday that much more gay.